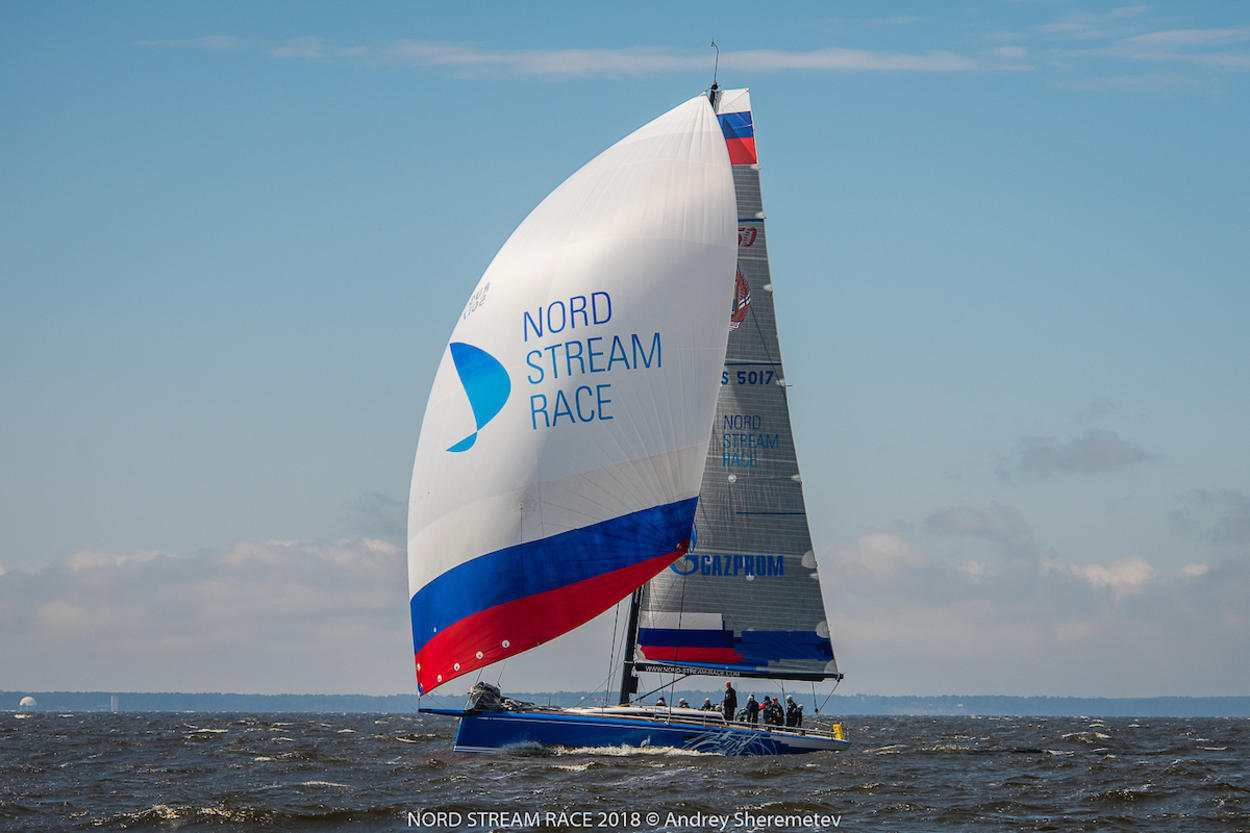 The forth phase of the largest Baltic offshore race - Nord Stream Race - ended with the victory of the Russian team “Lord of the Sail” in the morning on the 5th of July. The victory on the leg Helsinki-Saint Petersburg brought the main trophies of Nord Stream Race 2018 to the Russian crew: victory in the ranking of the offshore phases and victory in the regatta’s all-around. The Russians had taken the first place in the ranking of inshore races the day before.

Just like in the previous season, the final phase turned out to be successful for the crew of Ekaterinburg “Lord of the Sail – Asia”, representing Russia in Nord Stream Race 2018. In 2017, it was a kind of consolation victory for the Russian crew, but this time the guys from Ekaterinburg fought only for the main prizes.

The race between the capital of Finland and Saint Petersburg might be considered to be a classical leg of Nord Stream Race, because it has always been a part of the regatta's program. And though the water area is well-known to the majority of participants, season 2018 sprang a surprise in the form of unusual light wind.

After the start in Helsinki during the daytime on the 4th of July, the fleet left Finnish skerries with a good speed. However, closer to the morning, it became clear that a lulling wind would not let the fleet get through in the target time. Having past two third of the distance, the fast-moving Club Swan 50 boats almost stopped. After several more hours of waiting, in the morning on the 5th of July it was decided to shorten the distance and take finish ten miles to the West from Tolbukhin Lighthouse.

It's interesting that future winners of the phase and the whole regatta – Sergey Musikhin's crew- were almost the last to leave Helsinki. The Russians were on the fifth place on the first checkpoint and managed to get into the top three only in the open sea.

“We were the third to start from Helsinki, - the sail trimmer of the Russian crew “Lord of the Sail” Dmitriy Sudakov says. – In the open sea, everyone went downwind, raised gennakers and the fleet divided: two teams went to the right, two teams went to the left, but we decided to stay in the middle and that decision led to a local loss – we were outraced by our rivals. Having decided to change the tactics, we went far to the left, as we saw the wind was there, other competitors pulled to the right. That maneuver worked out and brought us the second place, we were under the Danes. We were fighting for a long time with them and by night we went to the first position. Somewhere around 5 or 6 a.m., the wind quieted down completely and all the boats turned out to be next to each other. One time this team went forward, then another one, and so on. We tried to keep our position and control the Germans and the Danes.”

“We charged ourselves with a task to win, - the Captain of the Russian crew “Lord of the Sail” Sergey Musikhin says. – The team was cheerful and optimistic, and even small breakdowns couldn’t spoil it. The format of races is very difficult – you don't have enough time to relax, offshores take turns with short races and all the teams work to their maximum. It’s a very interesting regatta and a very good atmosphere around the races. We are happy that we secured the victory for our country – Russia, for our city – Ekaterinburg and for our yacht club “Tavatui”.

The situation with other places in the table was not so well-defined. The Danes from Frederikshavn Sejlklub put their best foot forward this year. The victory on the leg Stockholm-Helsinki and the second place at the finish in Saint Petersburg brought the second place to the Danish crew in the ranking of offshore races and the third place in the overall standing of Nord Stream Race 2018.

“We liked Saint Petersburg so much last year, that we decided to come back here with medals, - the Captain of the Danish team Frederikshavn Sejlklub Kris Houmann says. – We didn’t succeed in everything we wanted, we were very fast in the inshore races, but we lost in the tactics of offshores, plus we managed to get a good speed only by the middle of the race. Russians brought a very strong team and this time it was difficult to compete with them.”

The German team of Norddeutscher Regatta Verein took medals in all the rankings. Before the start of Nord Stream Race 2018, the Germans were considered to be the favorites of the competitions, but unstable performance spoiled the picture of the crew in the all-around. Nevertheless, they won in the second phase and in the inshore races in Kiel.

“We started this regatta really well, - the Captain of the German team Swen Erik Khosch says. – Then, we lost tempo a little bit, the team worked really great. I want to thank my guys a lot.”

The Finnish team didn't succeed in the open-sea races at all. The Finnish crew finished in top three only one time in four stages. And in the inshore races, the Fins were, on the opposite, stable and won bronze in the all-around.

Having past the customs formalities, five participating yachts will more by Lieutenant Shmidt embankment and will be open for visitors in the afternoon. You can visit the boat and get acquainted with the crew also on the 6th of July at daytime.

Nord Stream Race was created in 2012 by Saint Petersburg Yacht Club with the support of Gazprom Company and Nord Stream AG. Today it unites five Baltic countries, and the route of the regatta almost follows the pipeline, which gave the regatta its name. The participants of the seventh season of Nord Stream Race were the teams of the yacht clubs from Germany, Denmark, Sweden, Finland, and Russia, which had won in the national sailing leagues of their countries. And particularly:

The Baltic offshore regatta Nord Stream Race has been organized by Saint Petersburg Yacht Club with the support of Gazprom Company and Nord Stream AG since 2012. The regatta with the distance of 1000 miles follows the route of Nord Stream pipeline and unites the following Baltic countries: Russia, Germany, Finland, Sweden, and Denmark. 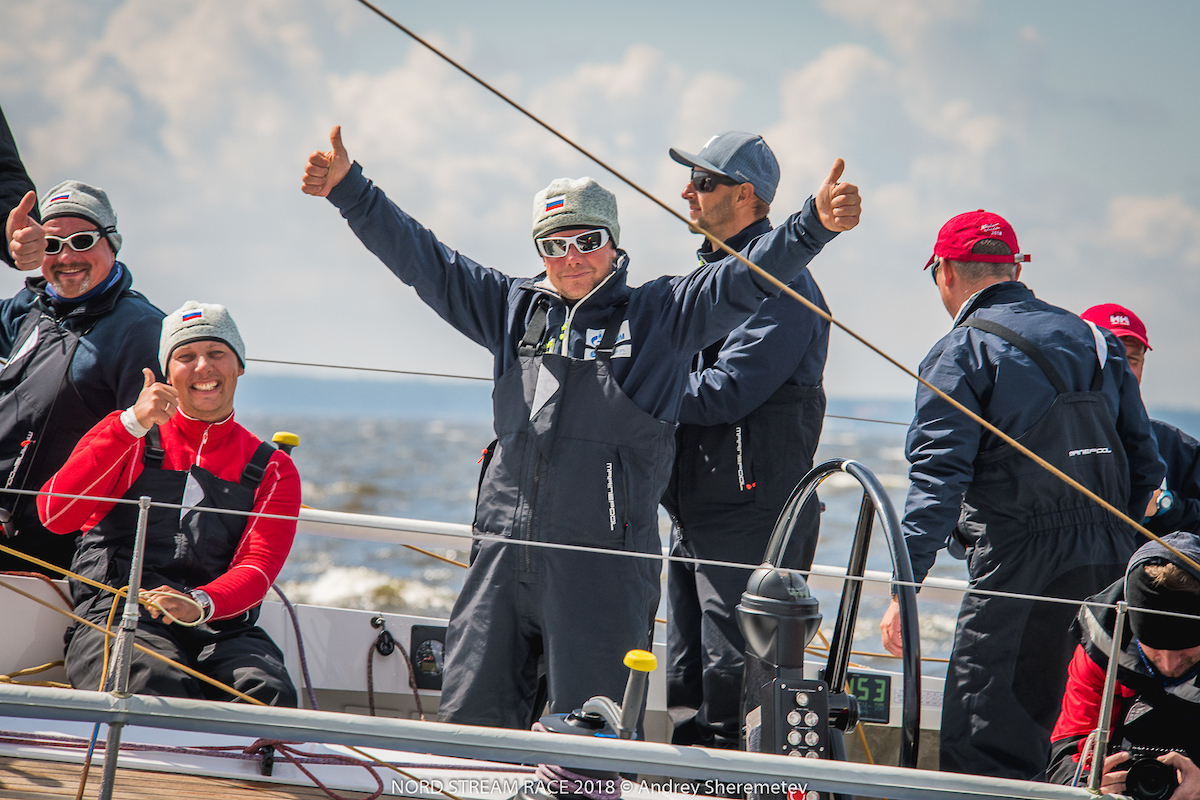 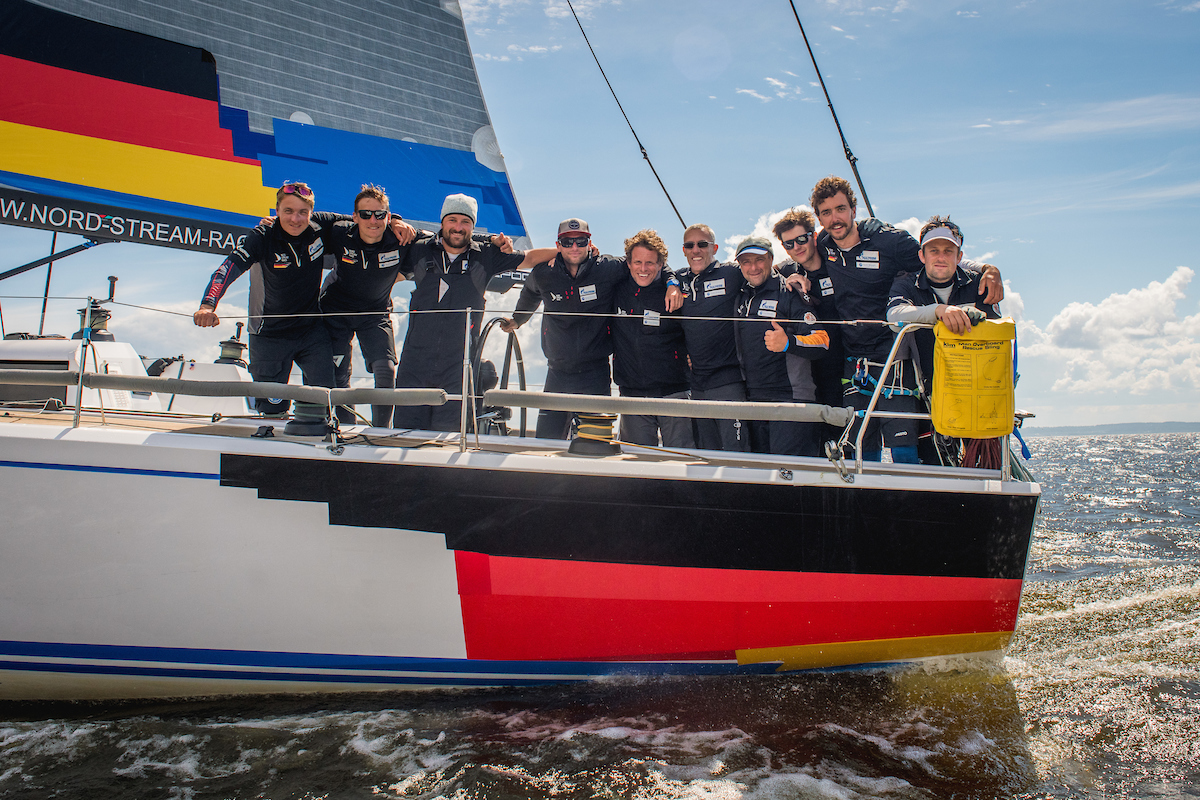 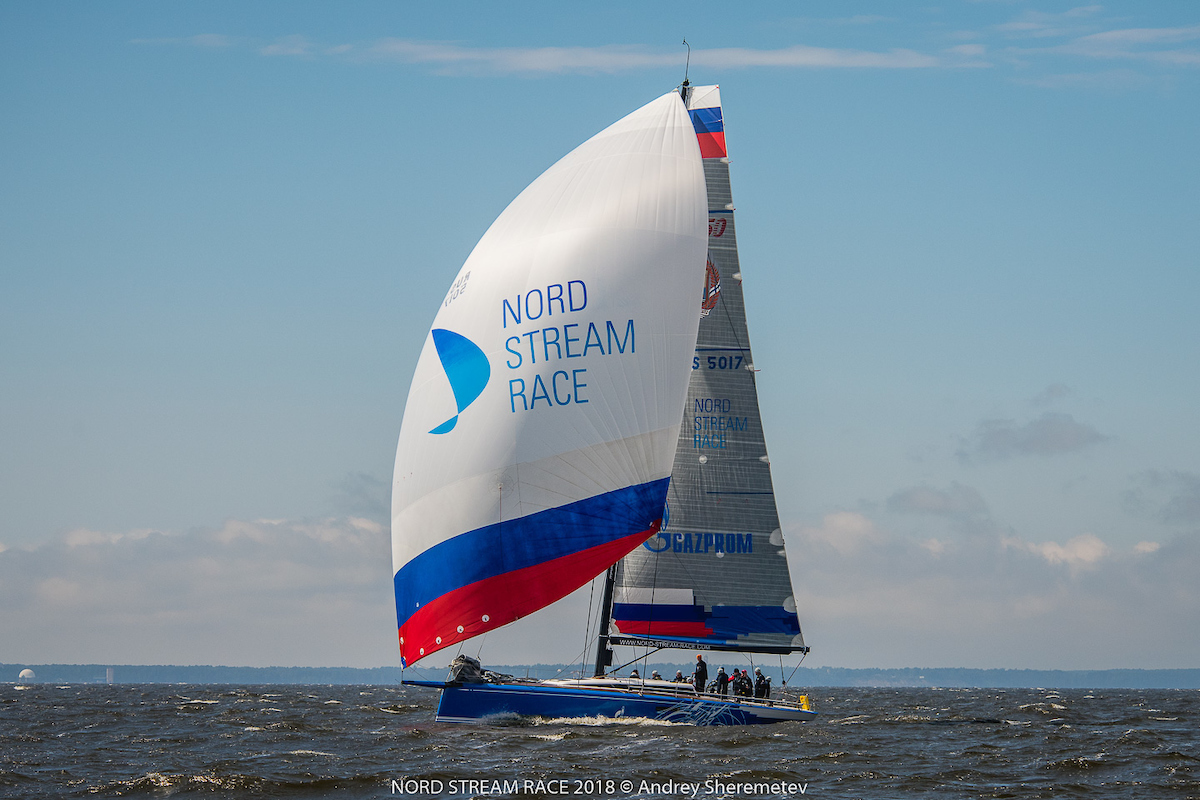 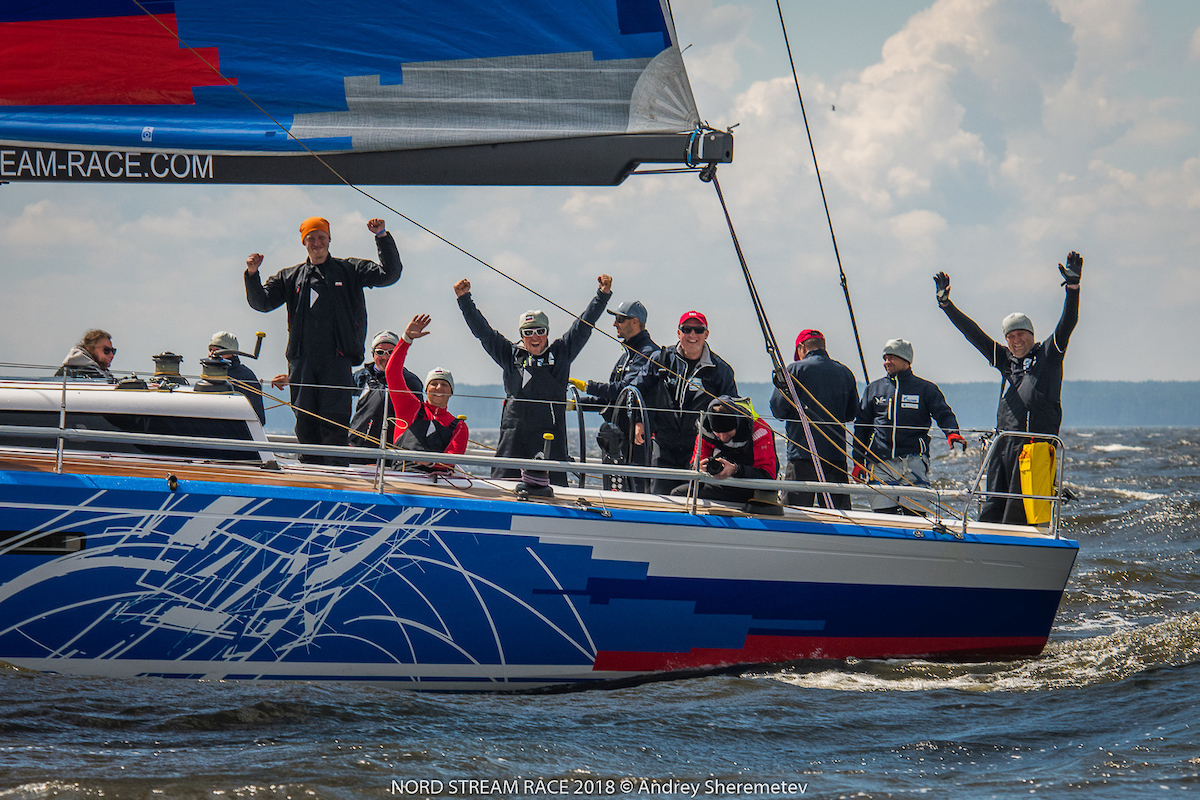 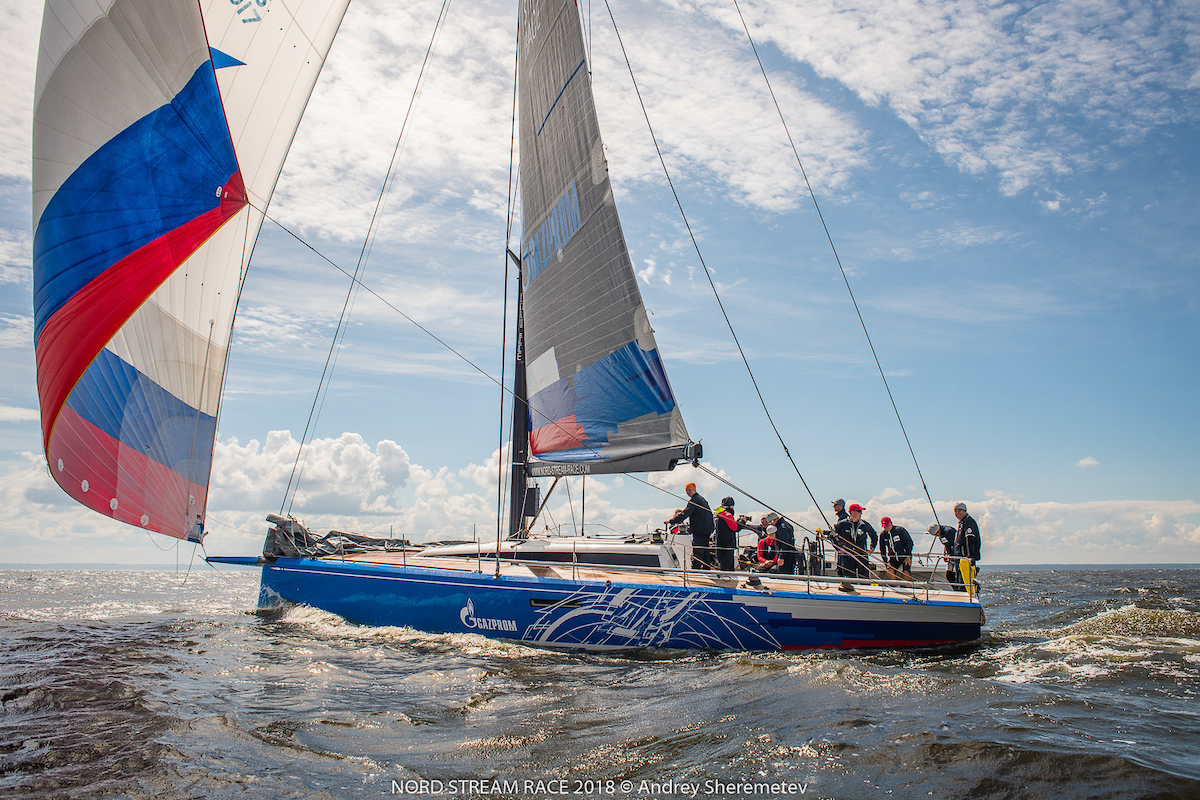 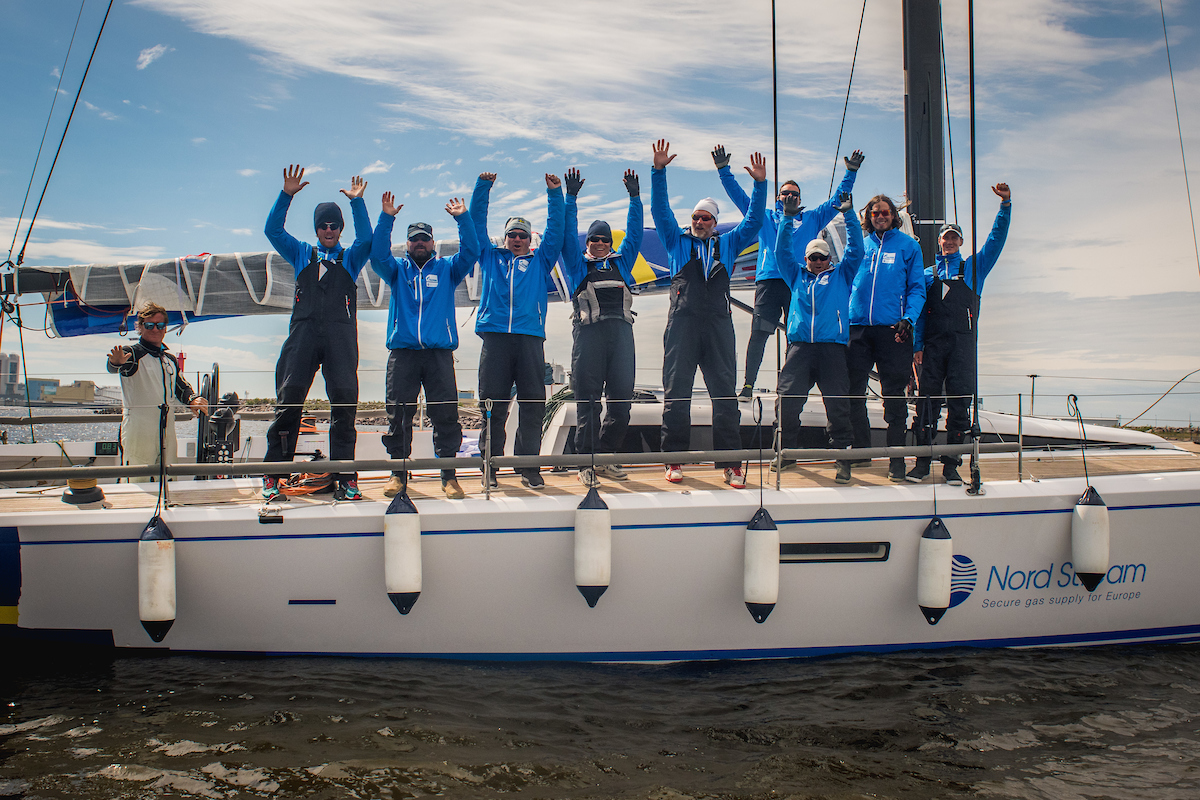 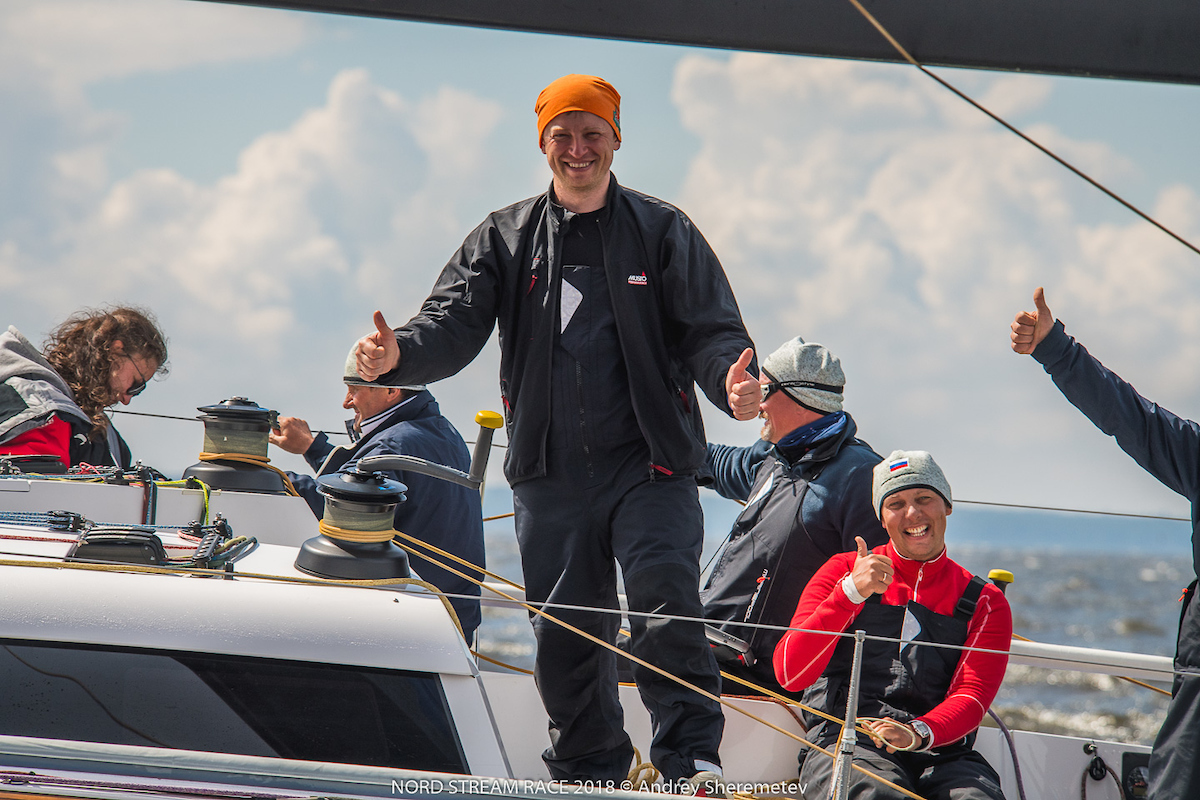 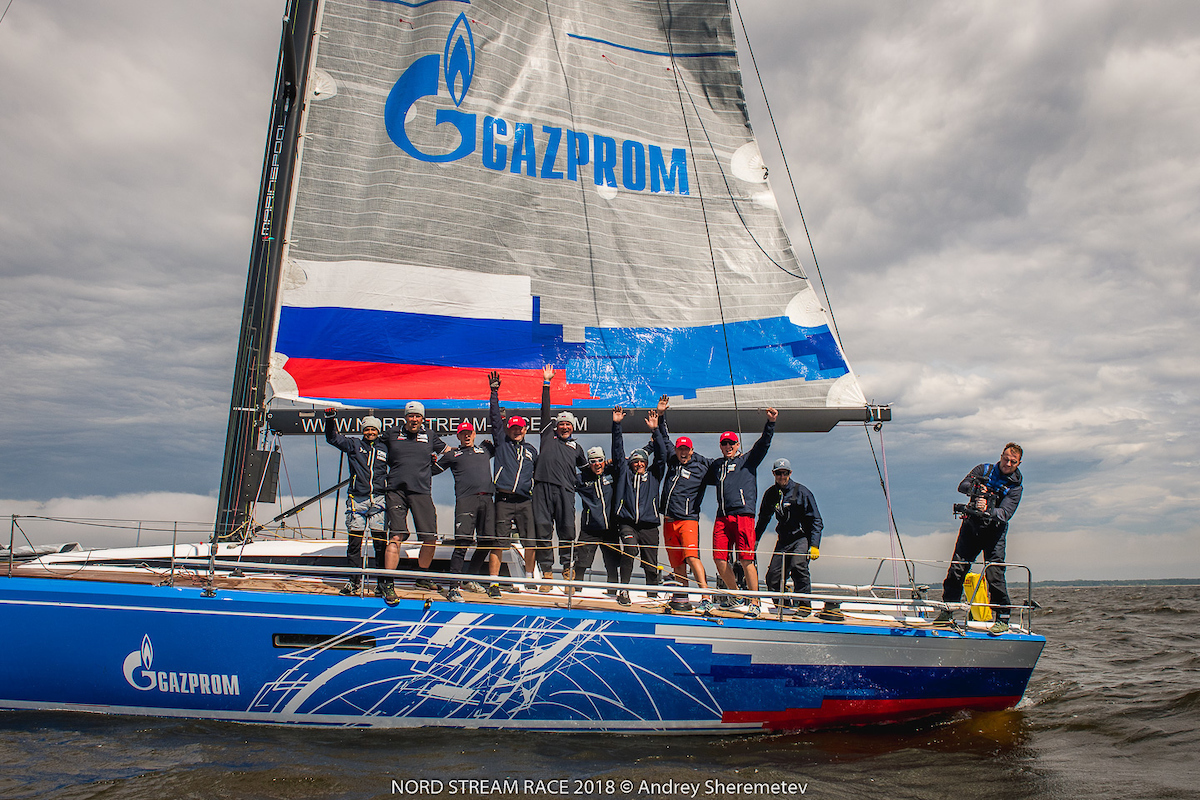 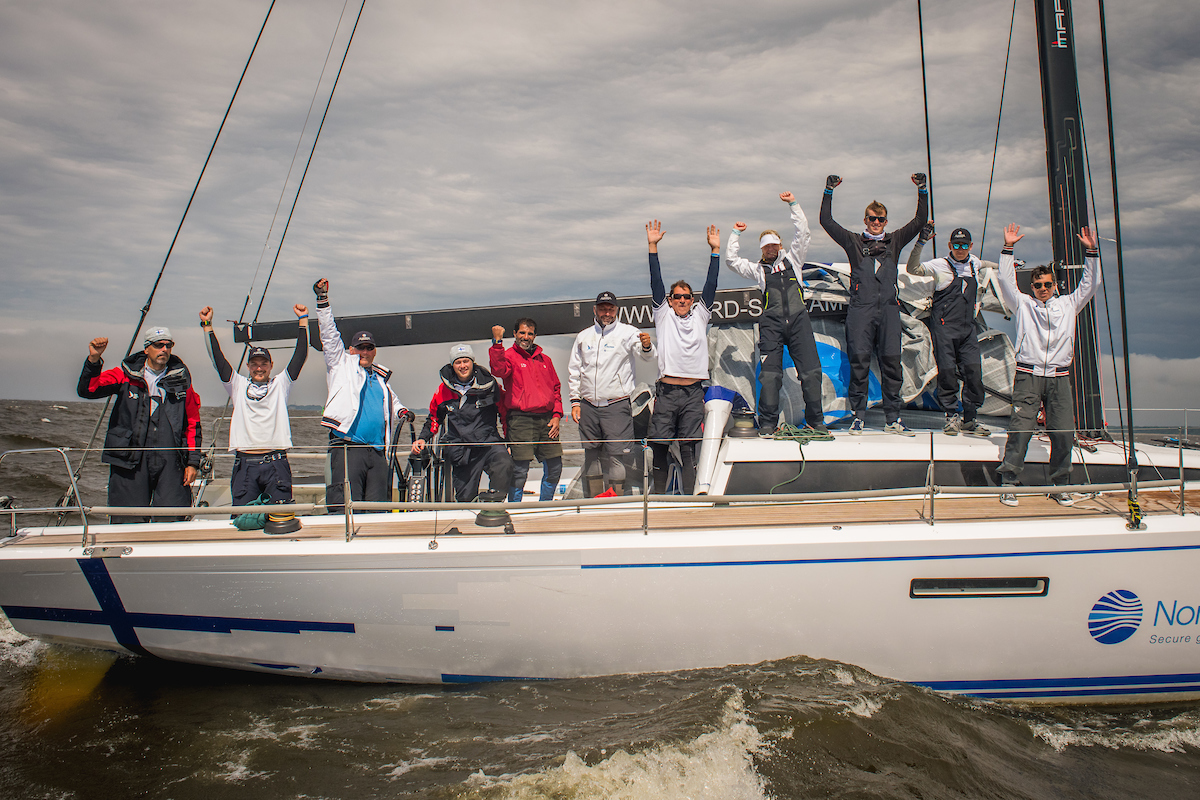 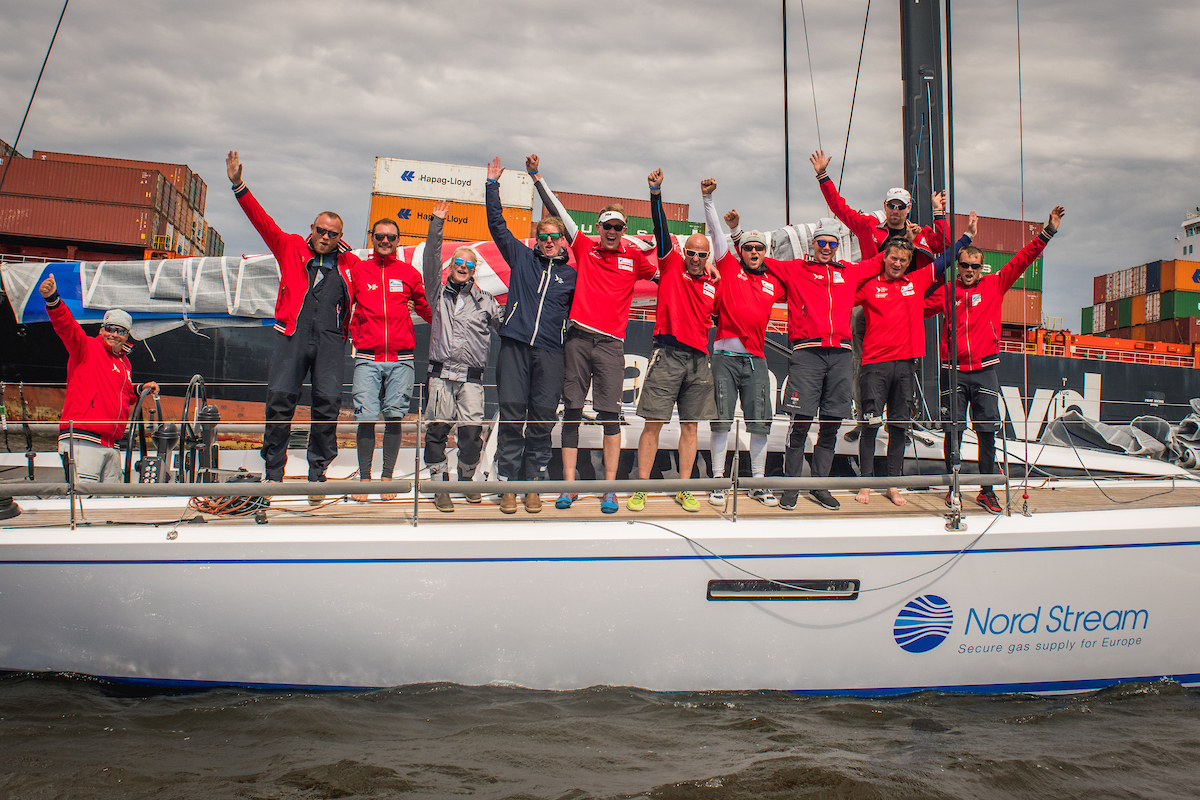 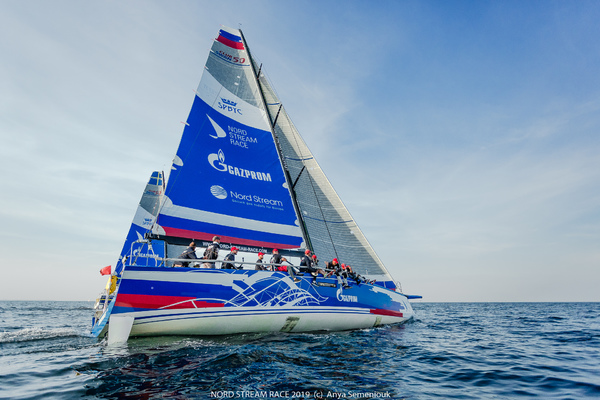 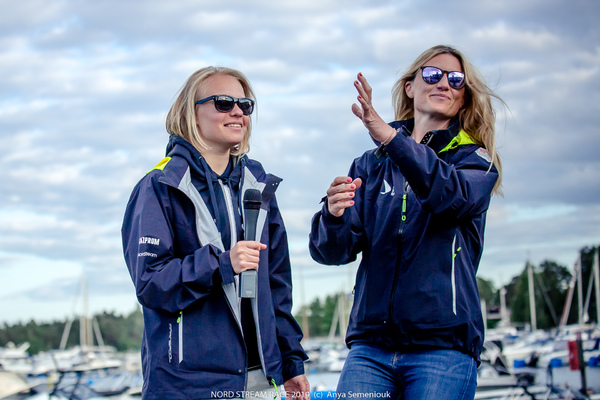 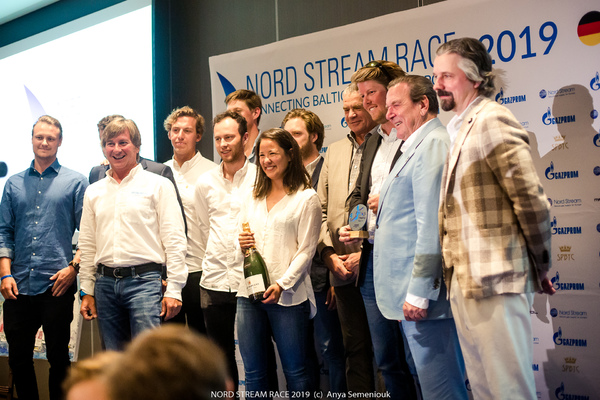 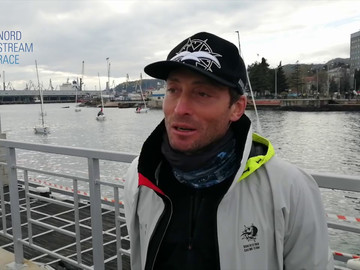