The schooner NADEZHDA and the yacht LUKULL have set sail from Saint Petersburg Yacht Club. The training cruise program will finish at the end of August.

“It is important for us that the participants of the project receive a unique experience of being in the sea. That's why we focus first of all on the students, who study in the marine higher educational establishments. The sportsmen will go to the sea on the yacht LUKULL. During their training course, they will get an experience of voyage in the open sea on a cruising yacht”, — Evgeniya Siobko, Head of the program “Hope of the Seas”, explains.

There was a serious training before the voyage in the open sea. Before stepping on board, the participants of the program had a theoretical course and past an exam in sea theory. Then, those students, who were admitted to the voyage, demonstrated what they knew in real life — in June, they took part in one-day voyages in the Gulf of Finland. There was one more requirement for the students, who were supposed to sail on the NADEZHDA: they had to help prepare the historical sailing boat for the start of the season.

Despite the fact that the students of the Sailing Academy sail regularly, participate in the competitions, and train all the year round, a voyage on a big yacht in the Baltic Sea is not a typical task for them. They usually train in the inshore water area, but this time they will have long passages in the open sea.

The crews of the sailing boats will change 8 times during 2 months. Each student, participating in the project, will go to the voyage for 6-8 days. The sailing routs are composed so, that even newcomers will feel comfortable: each passage is no more than 2 days, and then there is a stopover at a port for approximately 24 hours. All the students on board are working with the sails, the duration of a shift is 4 hours, as a rule, and then there are 8 hours to rest. If there is a rush and all hands are needed, all the members of the crew are involved. 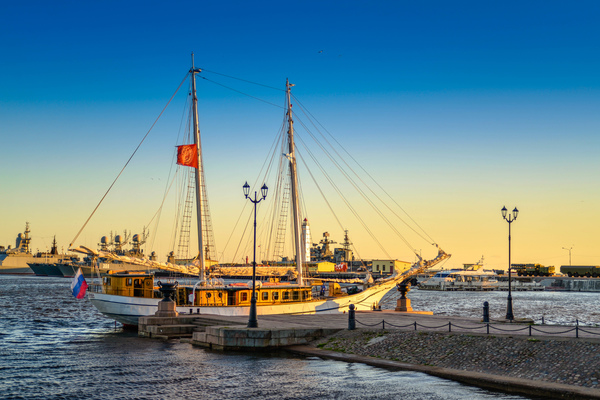 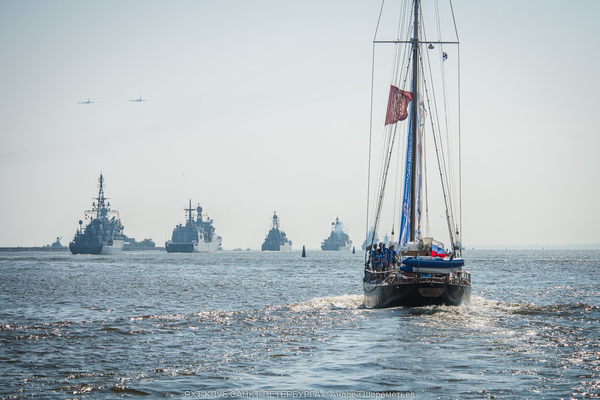 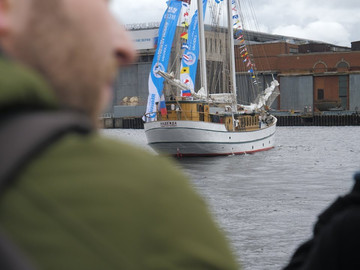 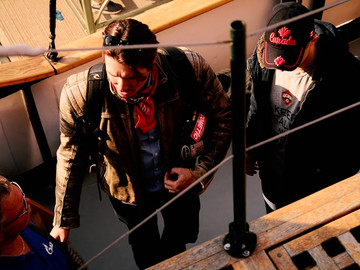 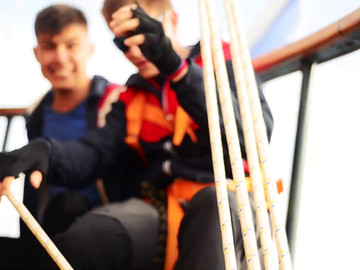