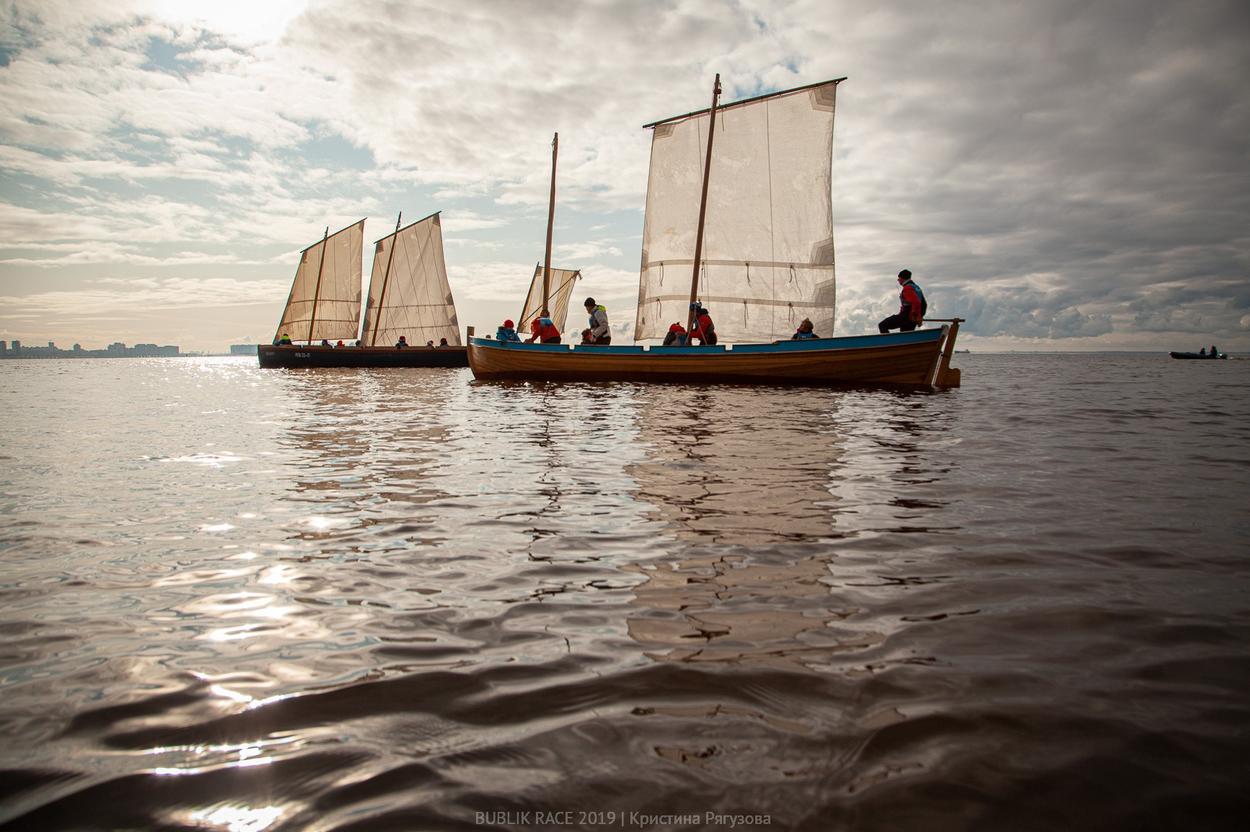 The historical sailing and rowing multidiscipline competition on captain’s gigs and 6-oar yawls  “Bublic Race” (“Donut Race” in Russian) was held in the Gulf of Finland last Sunday. It is the last race of the season for the sportsmen. What is coming next? Preparation for the world championship Atlantic Challenge International Contest of Seamanship on Bantry Bay class gigs, which will be organized by Saint Petersburg Yacht Club in summer 2020. 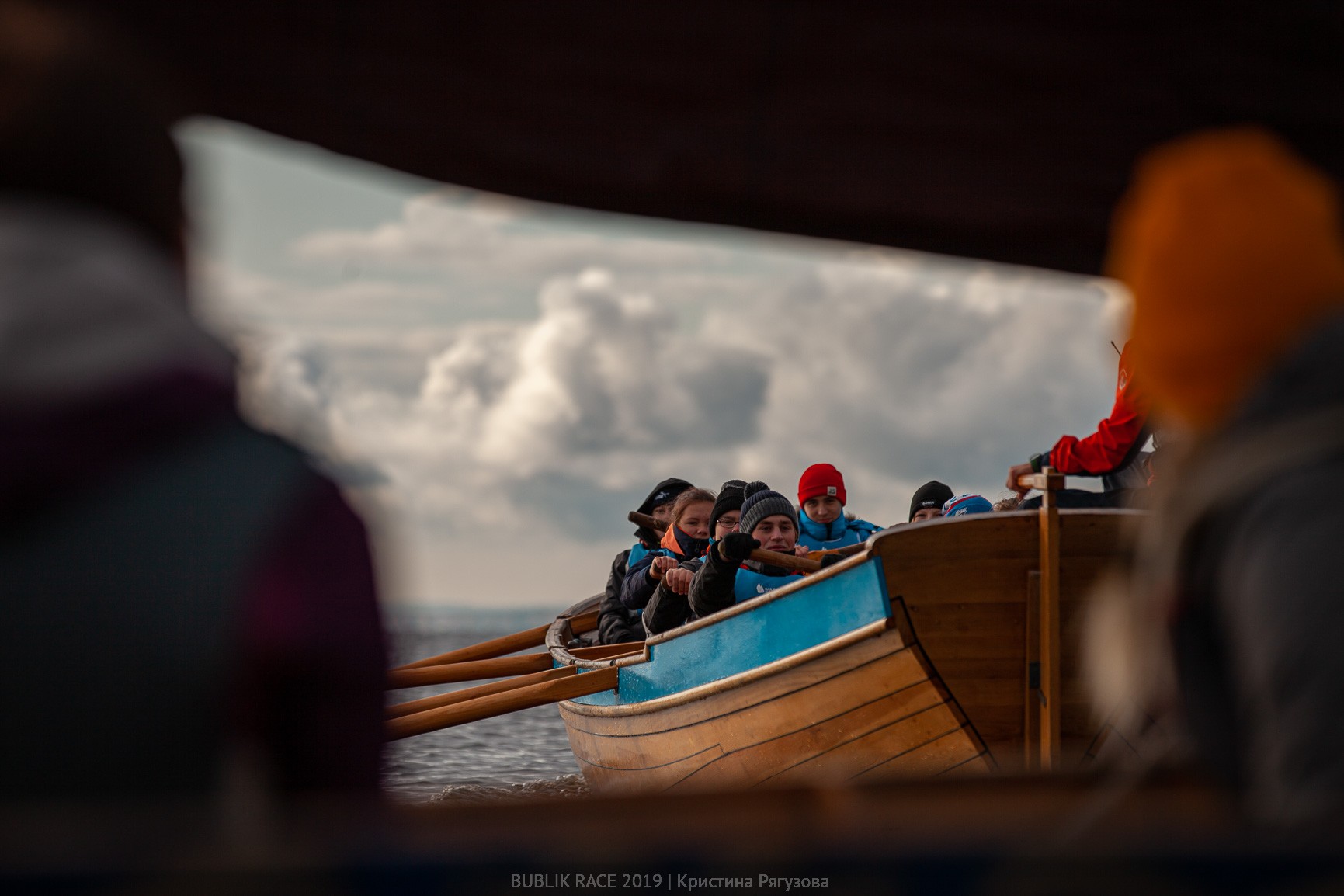 The “Bublic Race” is a friendly regatta. Its objective is to mark a decisive end to the season. When the race is over, it’s time to bring the wooden boats to the shore. The regatta was held in a friendly and cozy atmosphere. Nevertheless, it was still a race: not for a prize, but for fun. “The prize is not so important here, let it be a whole lot of nothing or a donut hole. That’s where the name of the race is coming from – The Bublic Race (The Donut Race in Russian),” the Chairman of the Board of Trustees of Atlantic Challenge Russia Mikhail Plekhanov explained.

“It is a competition for the brave ones, for those, who are not afraid to get wet in October, and who are not scared of snow at the buoys,” the sportsmen share their impressions before the start.  In the morning, when the racers were only getting ready to pull away, there was still snow in the harbor, and the Sun started to peep out from time to time only closer to the noon.

“The result is great today, because the races took place, - Yuriy Kruchinenko says, who is working at the tack in the team “Corsairs”. –  It is always very good.  It was cold, but it’s a minimum price you have to pay. When you have to row, cold is not an issue any longer.” 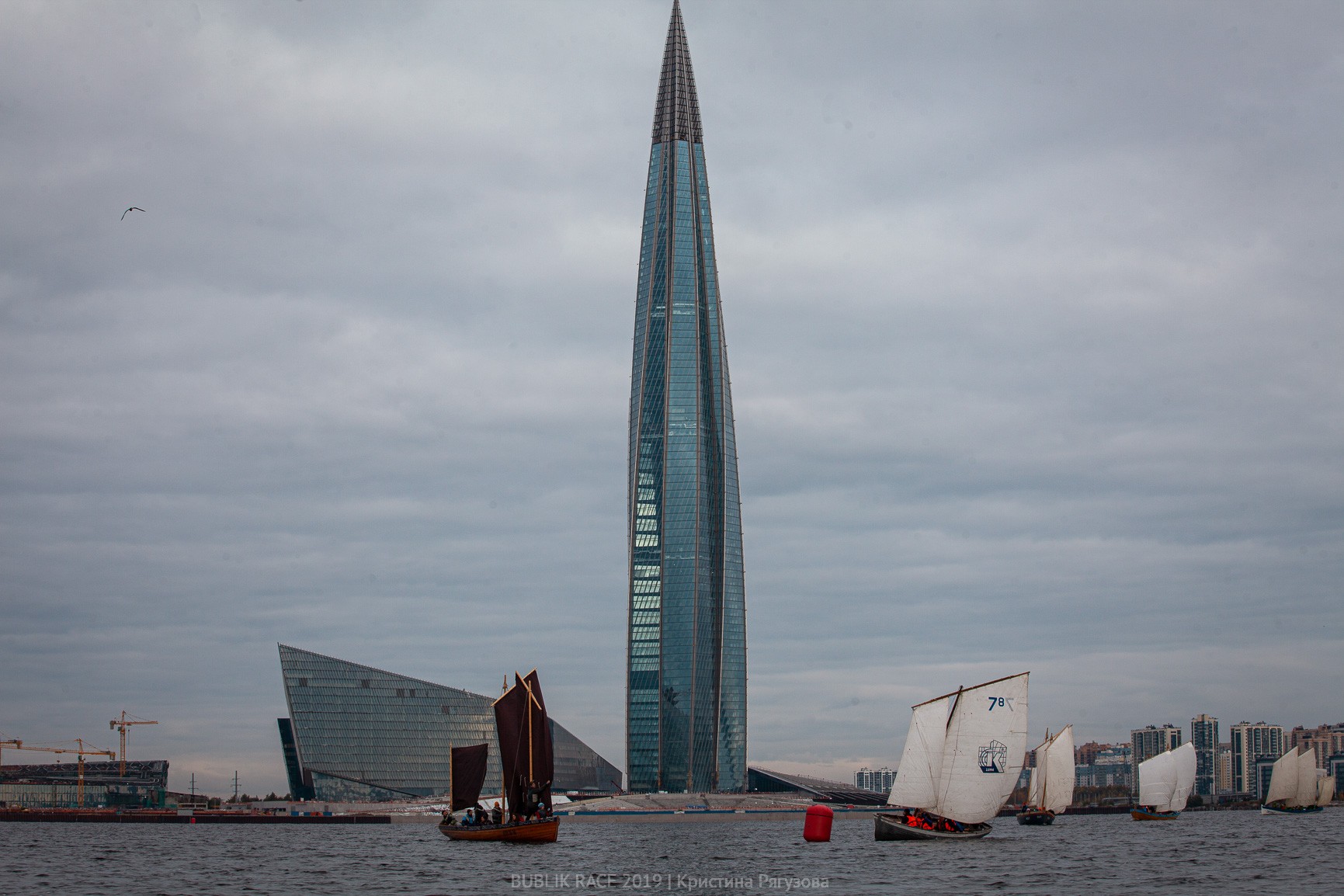 Two sailing and rowing races and one competition “Captain’s Gig” were held thanks to the efforts of the organizers. At the “Captain’s Gig” competition, the teams demonstrated their ability  to come alongside a battleship with all the maritime “grace” to transport a very important passenger to the shore by showing perfect rowing and mooring skills.  The ship “Poltava” played the role of a sailing ship in the “Captain’s Gig” regatta of the “Bublic Race” 2019.

5 teams went to the start line: the gigs “Nati” and “Bravo” (both of them are captain’s gigs of the project “Standard”), the “Enchante” (Atlantic Challenge Russia), a pinnace of the Sailing Academy (Navy School of Saint Petersburg Yacht Club’s Sailing Academy) and a yawl-6 “The Corsairs” (Krylov State Scientific Centre). 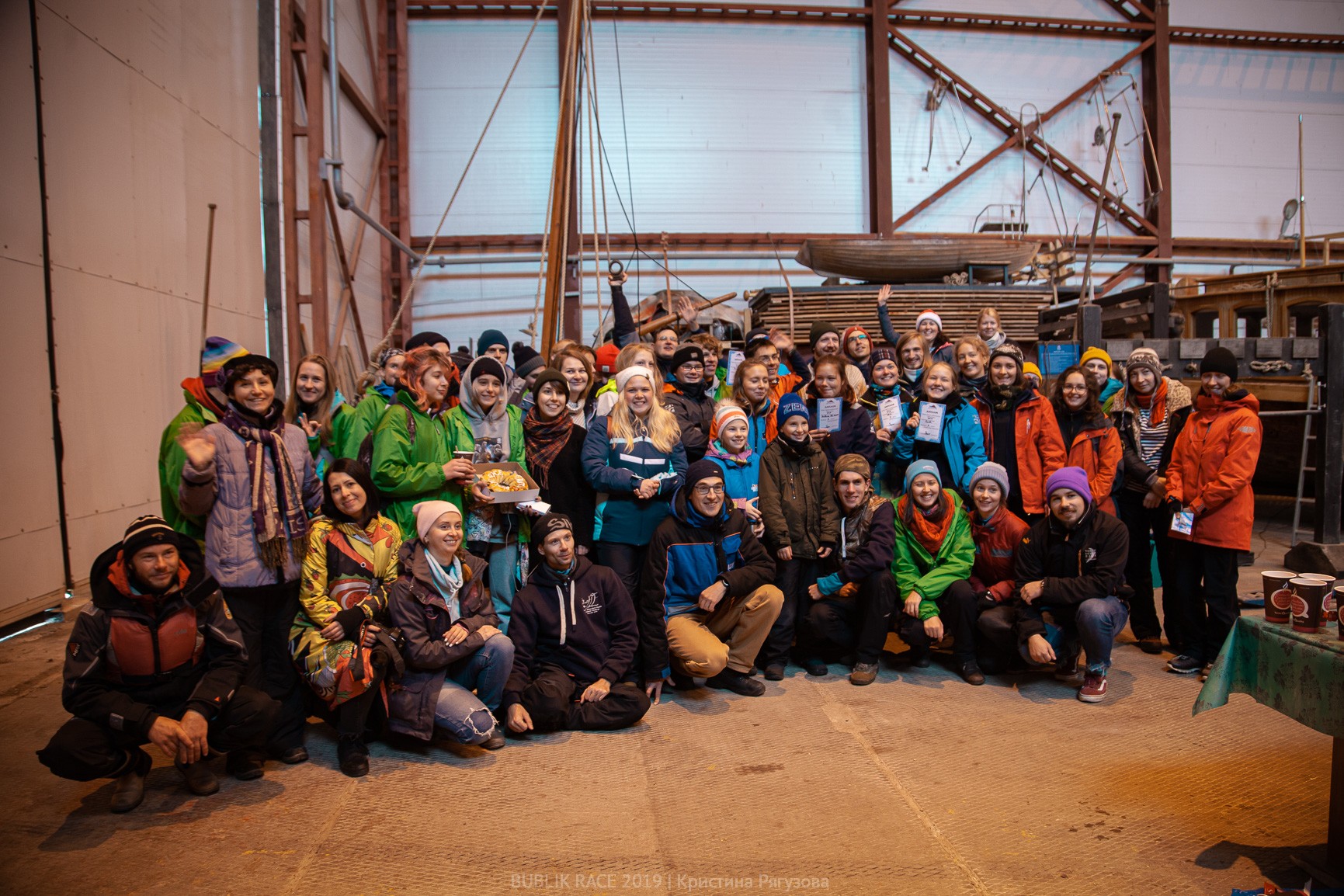 The competitions were organized by Atlantic Challenge Russia Project. It is a Russian branch of the international organization, which unites those, who love historical sailing and rowing multidiscipline competitions on Bantry Bay class gigs around the world.

The participants of the teams sail and row, build and repair the boats – captain’s gigs. They have sea voyages and sports camps each summer and participate at the world historical sea multidiscipline competitions once in two years. Next year, these competitions will take place in Saint Petersburg.

The Bublic Race has been organized since 2008. It finishes the racing season of the sailing and rowing fleet of the captain’s gigs of Saint Petersburg. Despite its jocose name, this regatta is always held at a high sports level. Depending on the weather conditions, the organizers may include sailing and rowing competitions, only rowing or only sailing distances, as well as special competitions into the program.

The Bublic Race 2019 was organized with the support of Saint Petersburg Yacht Club, the historical shipbuilding yard “Poltava”, Sailing Academy, the Foundation for Support, Reconstruction, and Restoration of the Historical Boats and Classical Yachts. 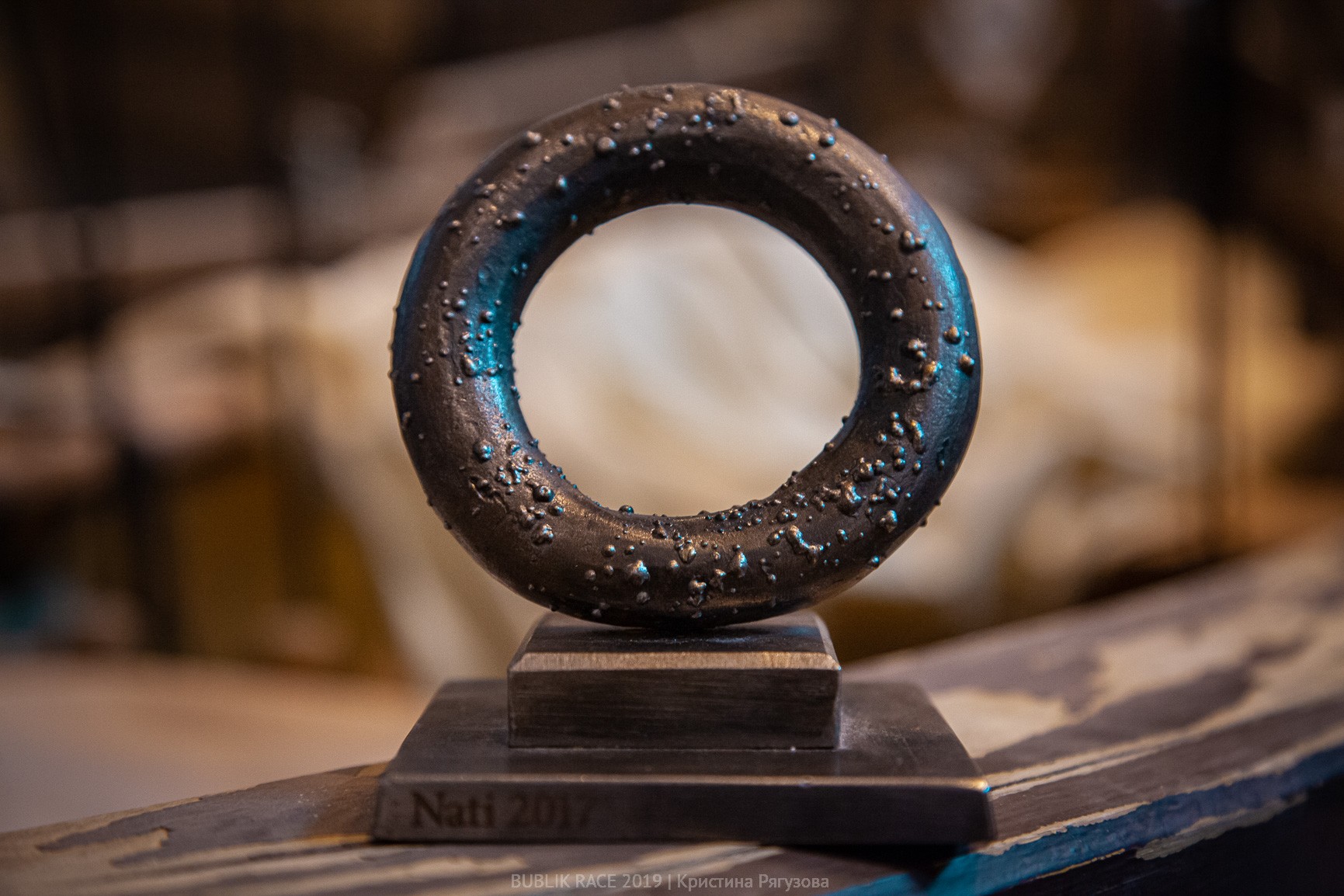 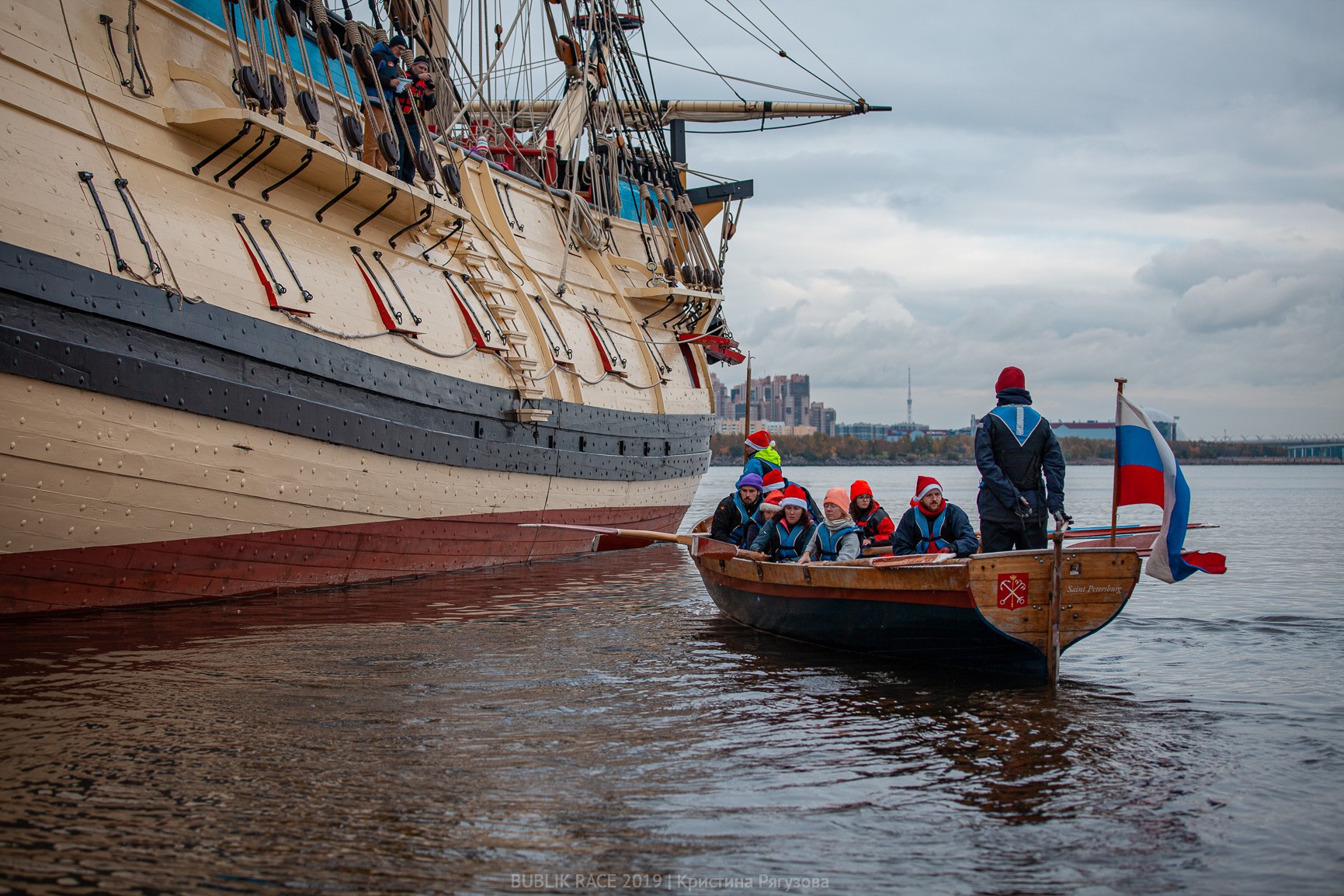 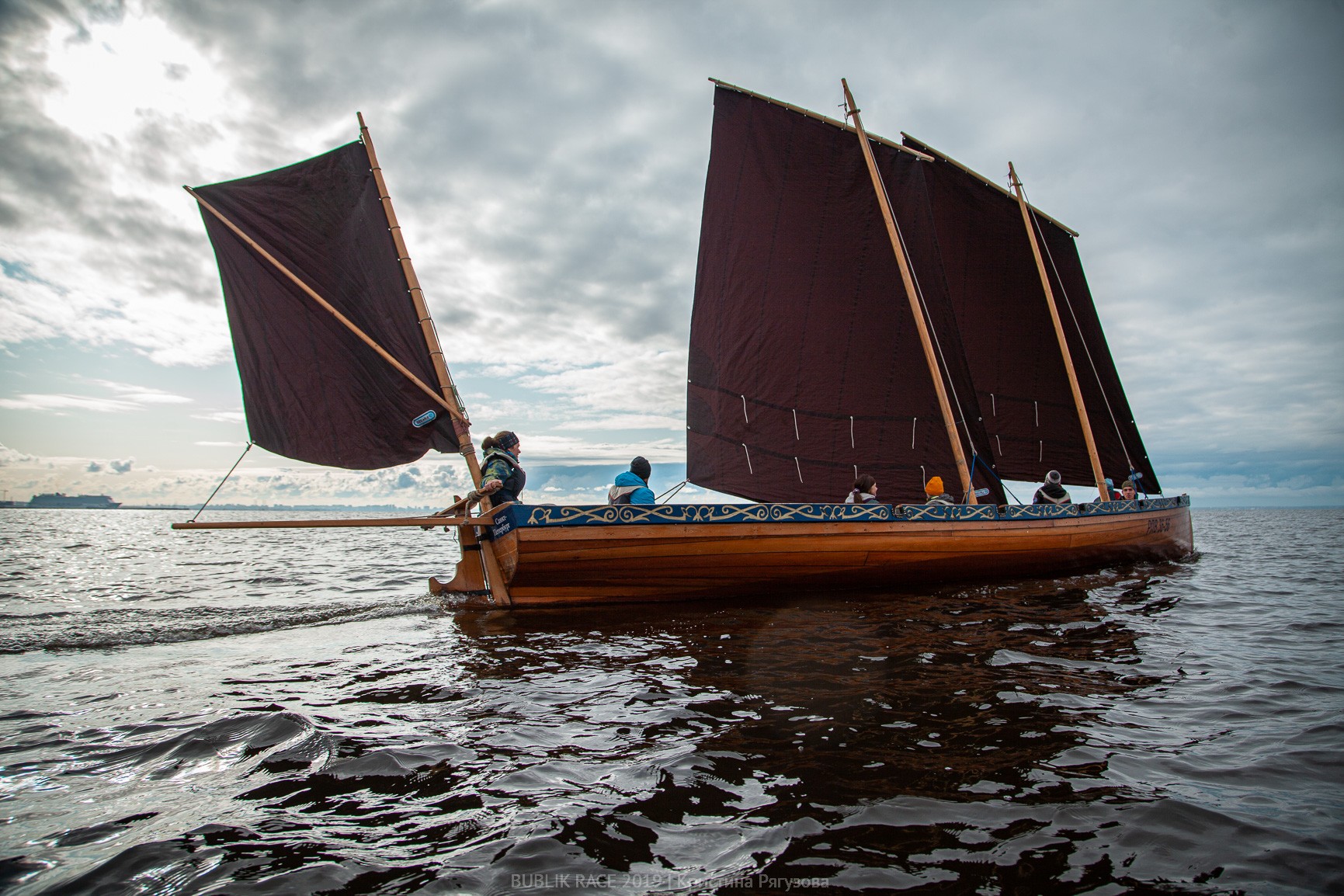 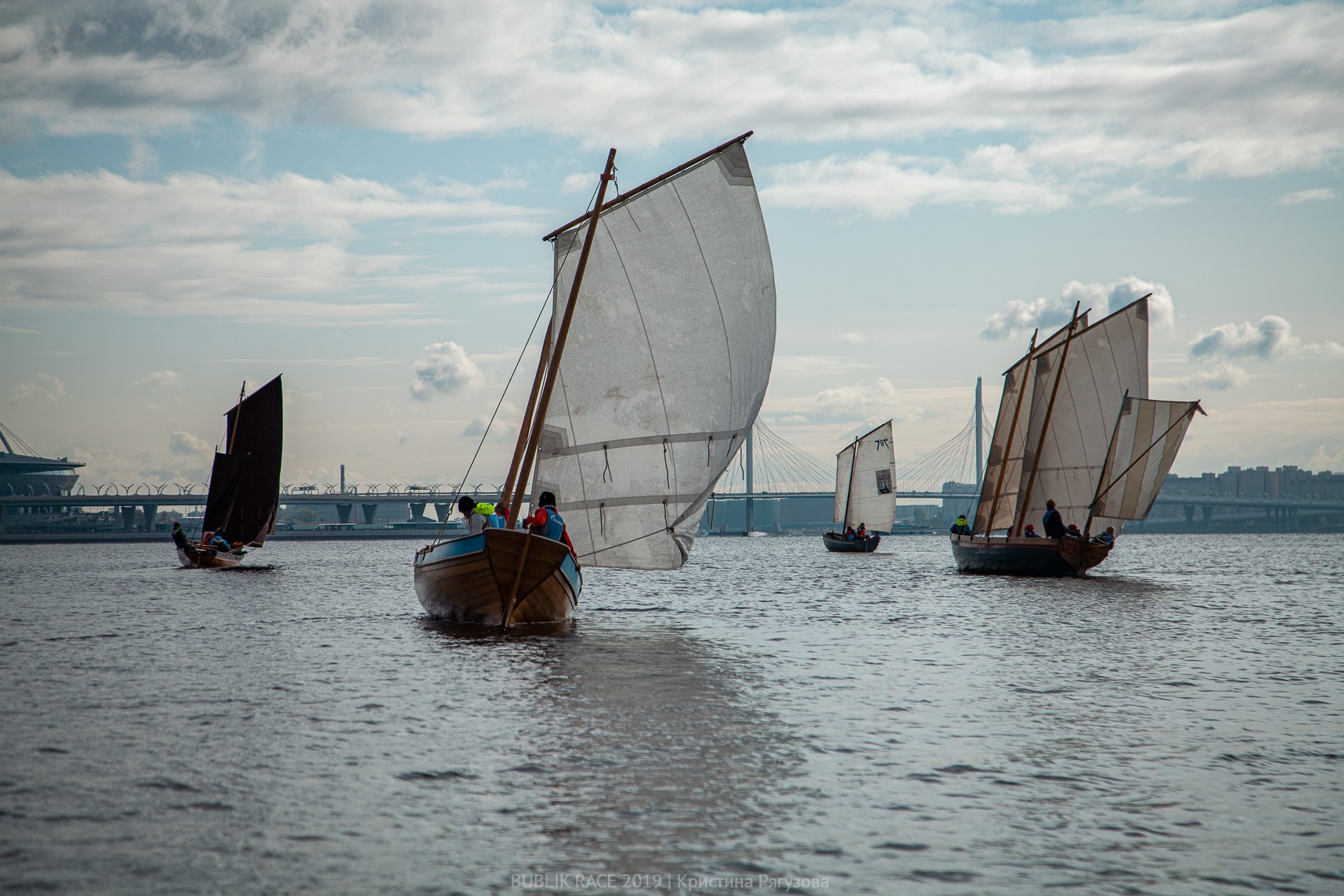 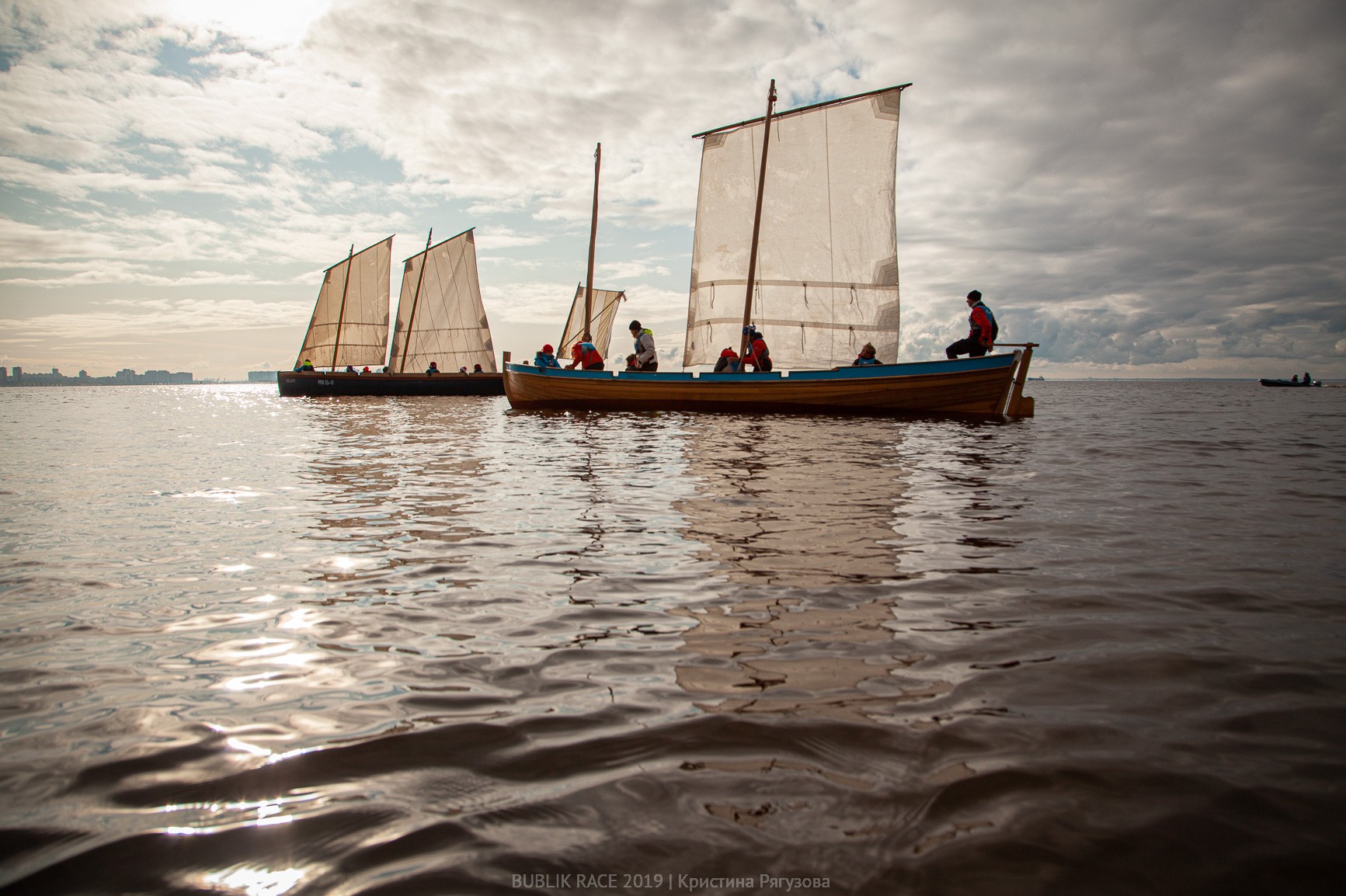 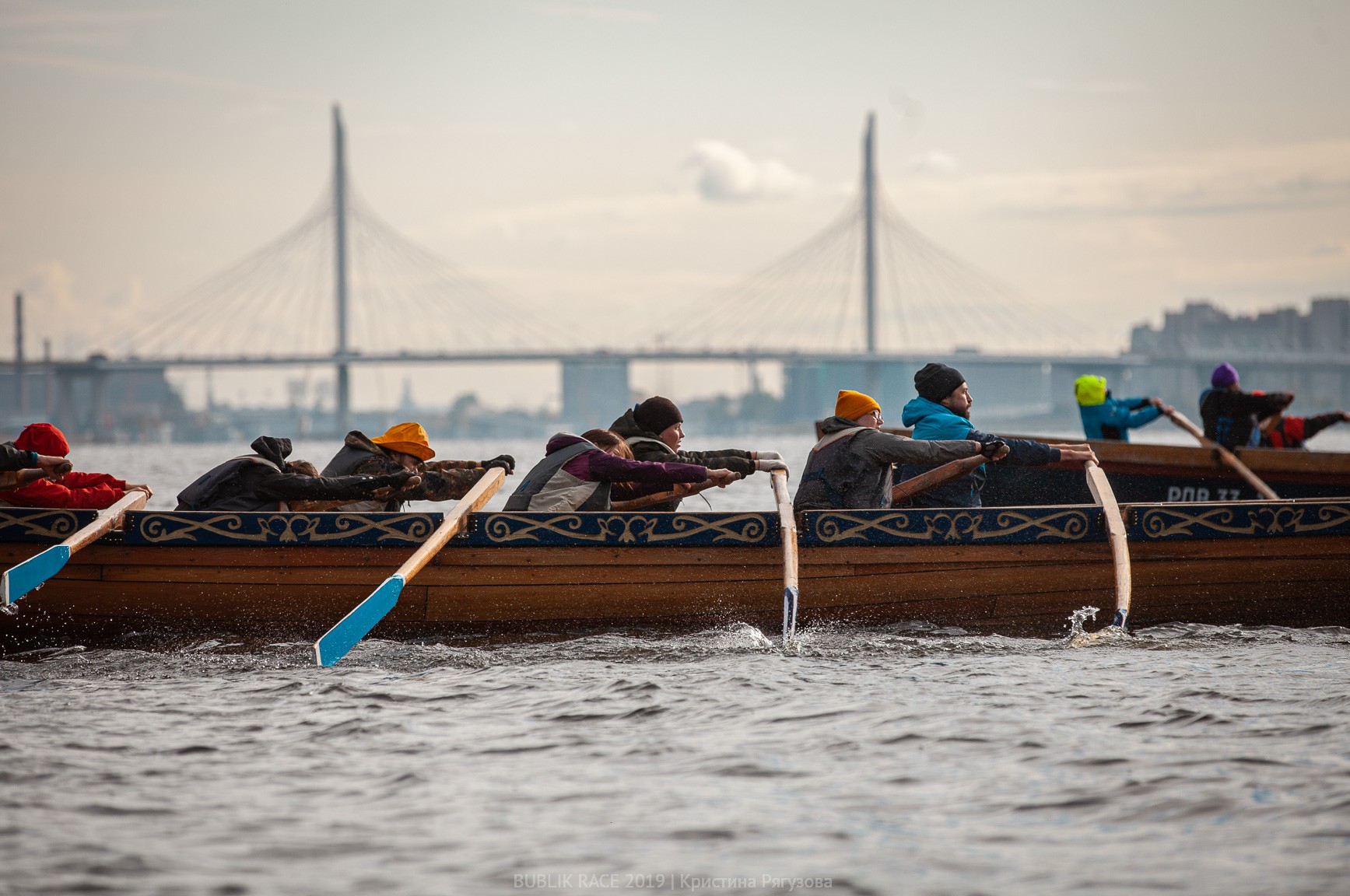 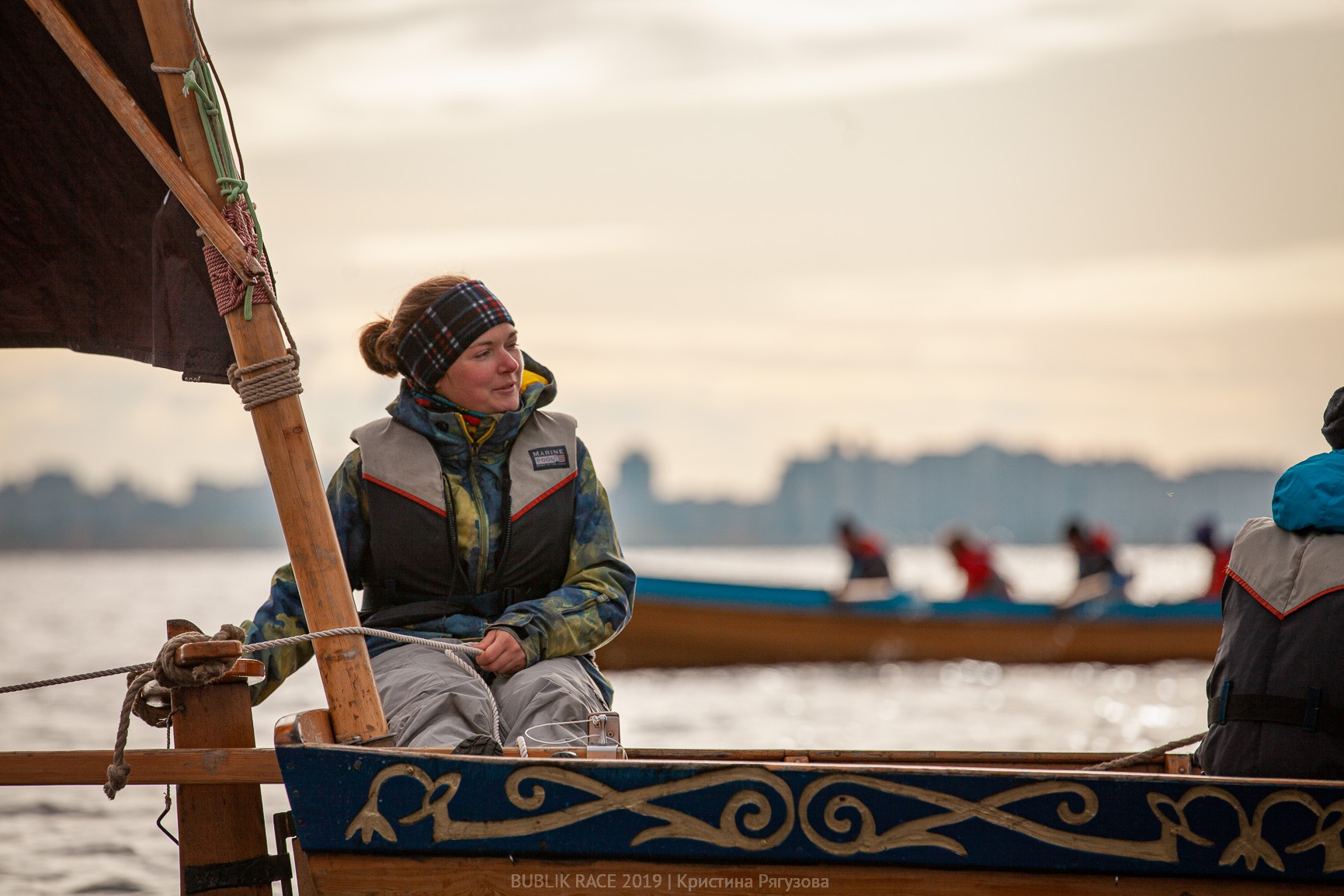