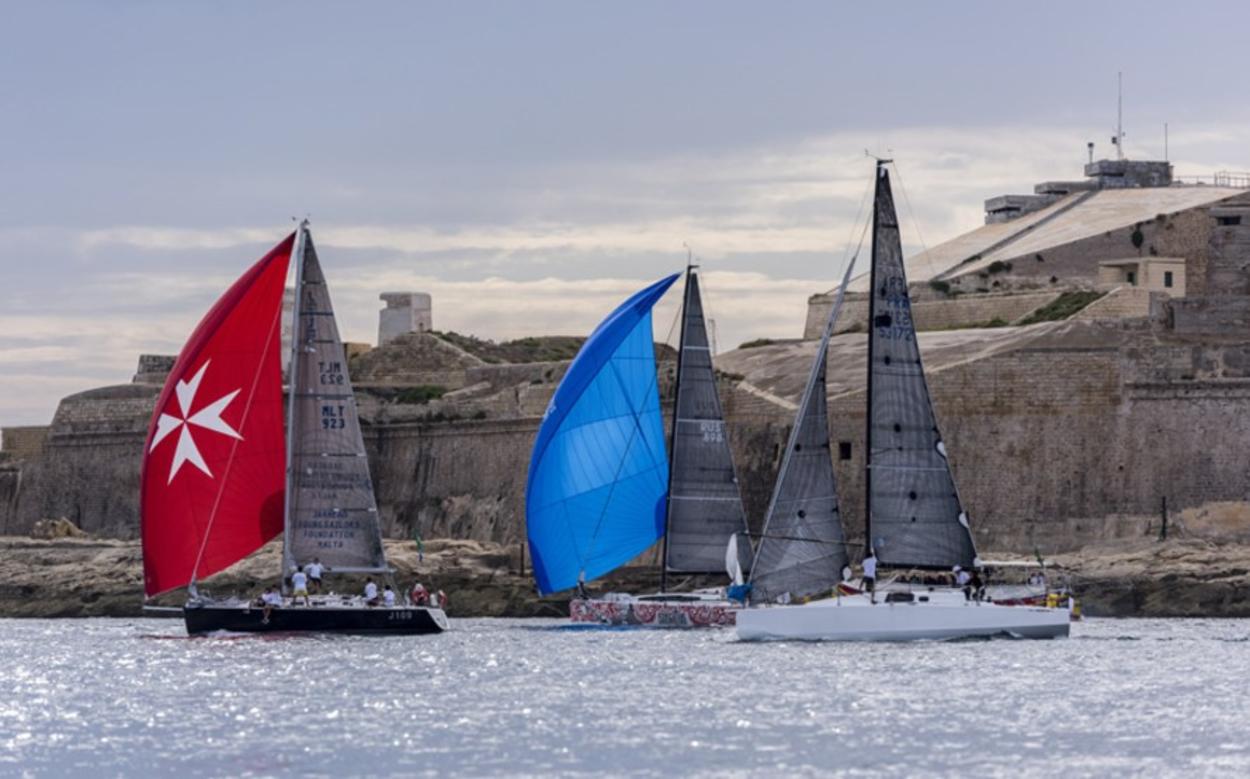 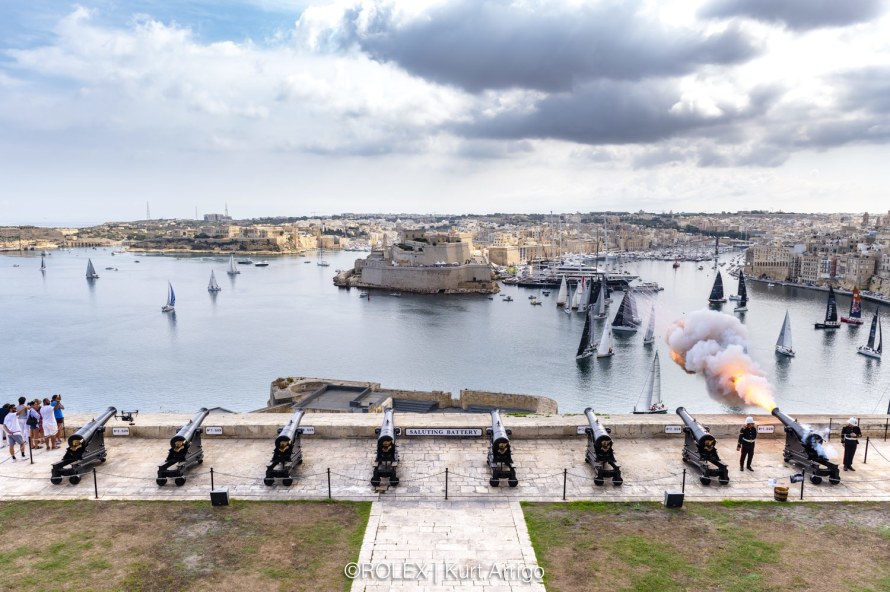 The winners of one of the most prestigious offshore regattas – 600-mile Rolex Middle Sea Race – were determined in Malta.

The Russian crews had key positions in the prestigious offshore race. Timophey Zhbankov’s team Rossko from Russia took the second place in the most representative division – IRC 6. Another Russian crew of Igor Rytov and Anna Basalkina Bogatyr (helmperson – coach of the Sailing Academy of Saint Petersburg Yacht Club in the National Sailing League) made quite a miracle. The yachtsmen not only completed the Rolex Middle Sea Race double handed, but also took the third place in the division IRC Double Handed. It shall be noted that this race was a debut in offshore for Anna Basalkina.

According to the corrected time, Bogatyr completed the 600-mile Rolex Middle Sea Race within 5 days, 22 hours, 25 minutes and 24 seconds. Taking into account, that the crew had the first training camp only in August, it is an incredible success for the yachtsmen. Igor Rytov and Anna Basalkina trained together at the Bogatyr in Marseille for the first time. After a 10-day training camp the sportswoman agreed to accept Igor’s offer to participate in Rolex Middle Sea Race and didn’t have a single regret.

Anna Basalkina shared her impressions of the race and told about her plans for the next year in the interview with the press service of the Sailing Academy. 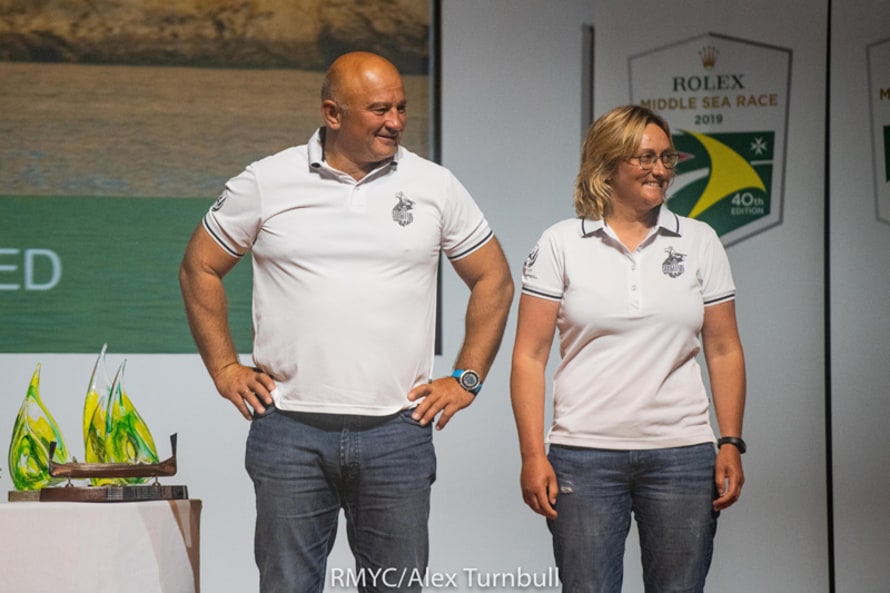 – It was my first Rolex Middle Sea Race, so there is nothing to compare. All in all, the regatta was more or less successful for us. Our basic task was to finish the race, as it is the third most complicated race after Sydney – Hobart and Rolex Fastnet Race. We knew that many boats drop out of the race because of different reasons: some break down, some give up. We presumed that we would finish the race in four or four and a half days, but eventually we sailed for almost six days. In the first four days, we were caught up in the windless conditions. We had to go around the spots of the calm sea, we traveled additional miles, which increased the time. Moreover, it was very hot during the day, there was nowhere to hide, and it was stuffy inside of the boat. After four days of the calm sea, strong wind was waiting for us. Before the race, we expected a 50-knot wind, according to the weather forecast. It is good that that weather forecast did not materialize. Nevertheless, the wind was 30 knots and more. A difficult moment happened, when we met with this wind at 11 a.m. at the end of the fourth day. We came closer to an island by the evening, where we planned to take the riff with a staysail, because it is difficult and dangerous to go to the forecastle together in the boat. We stayed during the daytime, and the majority of the fleet started to fall out of the race at night. The desire to stay at the island was too big: there was almost no wind, the lights of the city and smells of the restaurants were tempting. But we took the riff with a staysail, went on, left the island, started to sail more actively to the head wind and began the tacking. The last but one night was the most difficult of the whole regatta.

–  Rolex Middle Sea Race is a legendary and very difficult regatta, especially if sailed double handed. How did you decide to participate and did it take Igor long time to persuade you?

– I wouldn’t say that someone persuaded me. Igor suggested that I could try to participate. I agreed because I wanted to test myself. I had not have any offshore races before, even no 100-mile race. Rolex Middle Sea Race is my first offshore, the first 100 miles and more over - Double Handed. I guess, the spirit of competition does not let us rest. Igor and I trained at this boat in August in Marseille. We had 10 days to familiarize ourselves with technical equipment.  We estimated how the two of us can manage it, divided the shifts. A day after the end of the training camp I gave my consent to participate in the race. It would have been quite strange to stop in the middle of the way.

– What is it like to participate in the route race with a crew, which consists of only two persons?

– Even now it’s still beyond my comprehension, how the two of us managed it. We spent the last two stormy days almost without food or anything hot. The most important thing in such situation is to estimate the time and rate your power for the maneuvers properly, do everything in advance and not to forget to rest. If there is a chance to rest, go lay down and relax. It was also difficult to do, because you don’t want to sleep during the daytime, but you have to force yourself to do it. At any moment of time, the partner may ask you to help with the maneuver. Each maneuver took a lot of our physical strength. We spent much more time for the simplest elements than other fully-fledged crews. 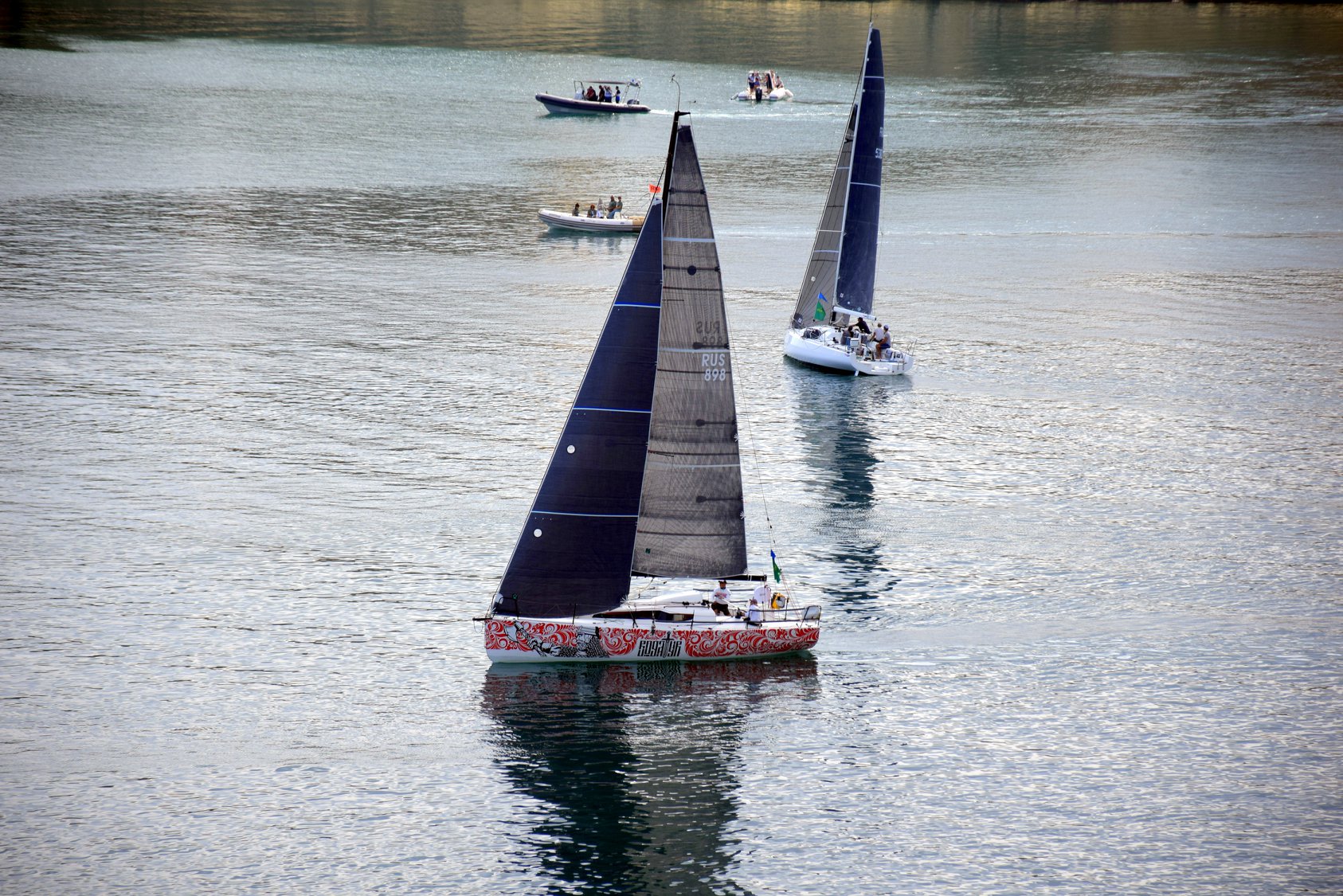 – After all the hardships of Middle Sea Race, would you like to participate in this race next year?

– It’s a very interesting and rightful question. Everyone, who has completed such a race for the first time, says: “Never again!”. At the final straight, Igor started to ask me: “How are you? What do you think about it?” I answered that it was too early to say anything, but there was no harsh negation. I cannot say definitely “yes” or “no”. I need to wait for some period of time to pass. I think that any experience is useful. Perhaps, I will want to test myself again and participate in Rolex Middle Sea Race. 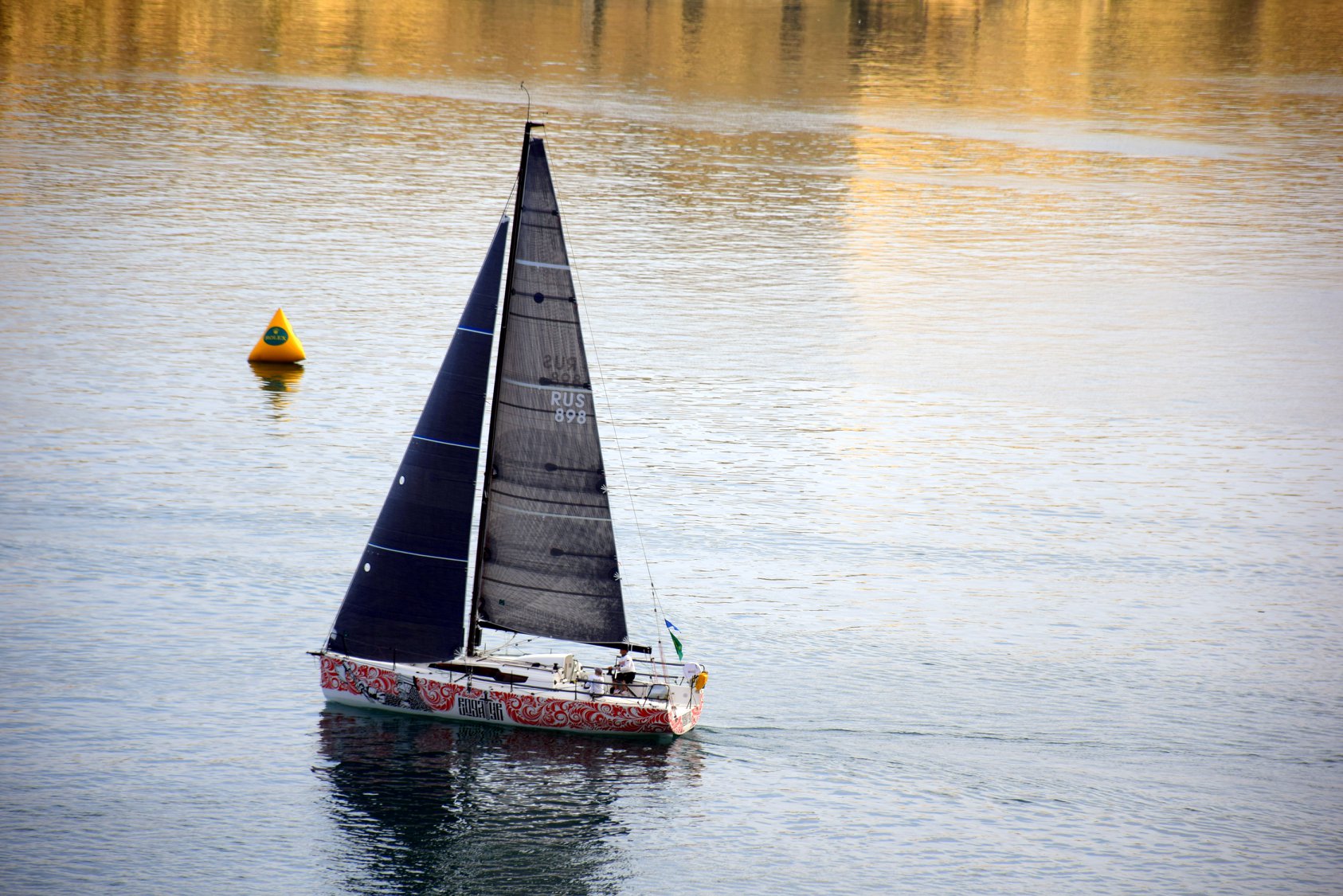 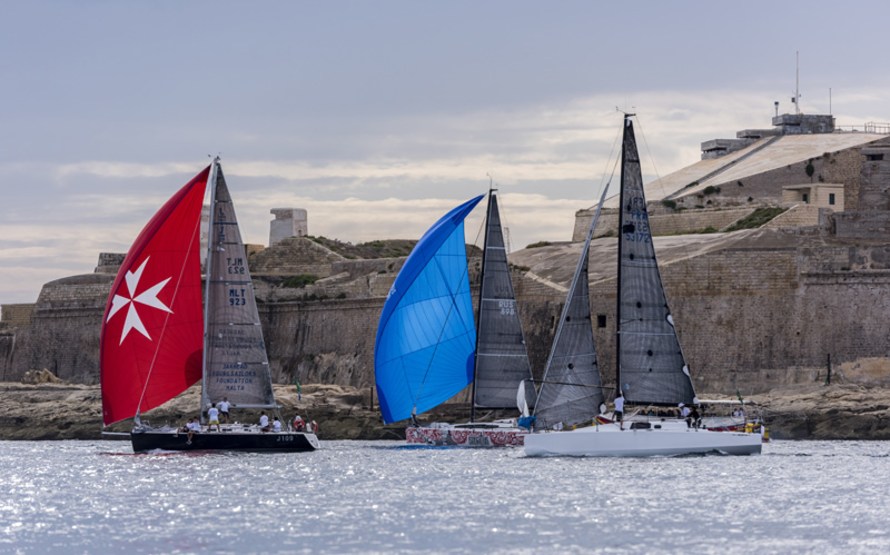 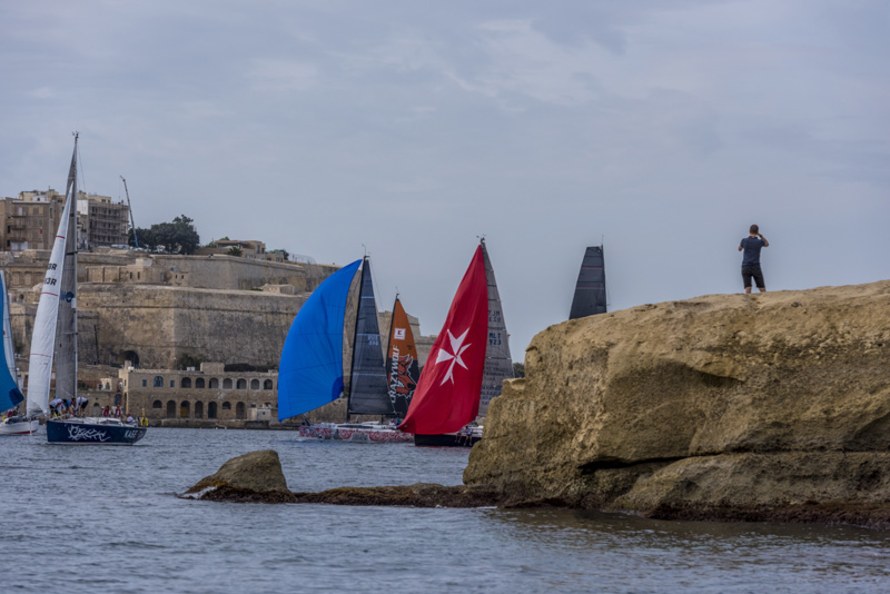 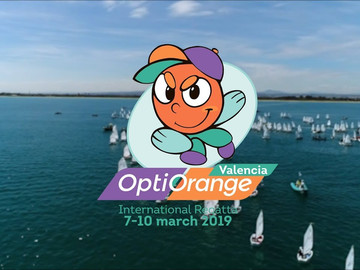 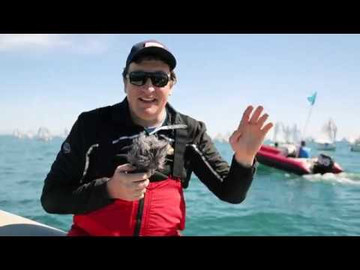 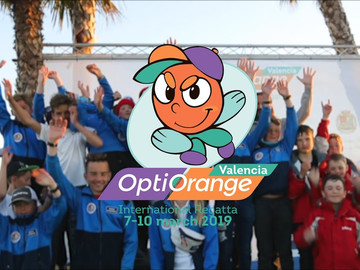